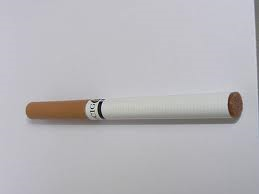 I am really surprised that the health and safety police haven’t yet banned e-cigarettes. In a month where an e-cigarette caught fire whilst on charge causing a house fire in London they don’t seem to me to be very safe. Fortunately no-one was injured but it demonstrates that we should all be thinking about the risks associated with the increased use of e-cigarettes both at home and in the workplace.

E-cigarettes are battery powered cigarettes that use heat to vaporise a liquid-based solution containing nicotine into an aerosol mist which is inhaled by the user. They replicate smoking behaviour without the use of tobacco and are a way to help smokers quit the habit. Because they contain no tobacco they fall outside the scope of the smoke free legislation which defines smoking as "smoking tobacco or anything which contains tobacco, or smoking any other substance".

Some look like conventional cigarettes, while others appear more like an electronic device. It can certainly be confusing when someone is “vaping” in close proximity to you; it looks just like they’re smoking but without the smoke or smell of tobacco.

The British Medical Association have suggested that e-cigarettes should be included in the ban on smoking in public places and have stated that there is a lack of evidence on the health risks that they pose to the individual using them and those in close proximity.  Certainly if they have the potential to catch fire or explode whilst on charge perhaps that puts them in a slightly higher category of risk.

Whilst some employers have allowed employees to use e-cigarettes in the workplace it can make a smoking ban difficult to regulate and could also create an impression for visitors, customers or other employees that it is acceptable to smoke. Generally those that allow them specify a different smoking area and restrict breaks.

However, maybe we’ll get more clarity from the courts as it looks like there may be an unfair dismissal case following the dismissal of a driver of a waste-disposal vehicle who was dismissed for allegedly smoking while operating the vehicle at work. He claims that it was an e-cigarette and that he did not know he could not use it when he was on duty. His employer dismissed him and the driver intends to pursue an employment tribunal claim.

Until the situation is clearer many employers are adopting what I feel is a sensible approach and banning their use. This avoids any confusion amongst staff and visitors regarding what is and isn’t included in the smoking ban and avoids issues surrounding where e-cigarettes may be smoked.