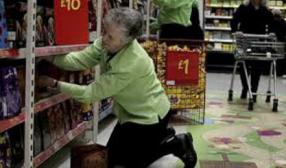 I came across a new term this week – the 4G workforce – and it doesn’t have anything to do with your phone apparently! According to the “Future of Work” report, ordered by the UK Commission for Employment and Skills, this refers to multi-generation working which will become increasingly common as people delay retiring until their 70s or even their 80s.

This is surely a whole new concept and I certainly hadn’t given any thought to the fact that I might have to work another 40 years!!!

The reality, however, is that the population of the UK, and indeed Europe, is changing. Average birth rates are below the level needed to maintain the population and we are relying heavily on immigration to keep the population, as a whole, growing. Whether Scottish independence has an effect on this north of the border remains to be seen. What we do know is that the demographics in the workplace are certainly changing and how we react to that and embrace true age diversity is something for us all to consider.

There has been a significant change in older people wanting to remain in work for longer and this has seen an incredible shift since early 2000s. In 2012 the Office of National Statistics stated that there were 42,000 people still working in their 80s. They also predicted that by 2035, people aged over 65 will make up nearly 25% of the population; in 2002 the over 50s made up the same proportion of the population.

blogpost1There are a number of large companies who actively target older people to join their workforce including both ASDA and McDonalds. The restaurant chain now have over 1,000 employees over the age of 60 in the UK one of whom has just celebrated his 80th birthday. McDonalds recognise the valuable blend of skills that older people bring which include being able to empathise, and get on well, with customers going the extra mile to deliver excellent customer service; as well as playing a vital role mentoring younger workers and helping them to develop and mature.

Have you thought about the age make-up of your organisation and how that might affect your people plan for the next 5-10 years? If not it might be a good time to consider embracing age diversity and enabling your teams to appreciate the blend of skills that a diverse workforce brings.