Back to Blog
More public holidays needed
08 May 2014 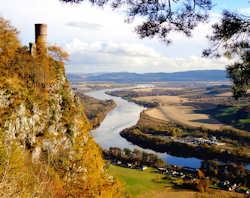 So what did you do to relax and recover over the bank holiday weekend if you had time off? I appreciate that some readers would have been working but I must admit that I booked the day off in advance and enjoyed the hills of highland Perthshire in sunny weather which was a real boost and I’m now back raring to go this morning! It got me thinking about the thorny subject of public holidays –When do they fall? Do we recognise them or not? So I thought it would be useful to remind readers what the legalities are behind Public Holidays.

In the UK, depending on where you live, there are differences in the number of public holidays recognised: in England & Wales it is eight; in Scotland it is nine (Scotland recognises St Andrews Day as an additional holiday). Within some local authority areas in Scotland, there can be differences in what are recognised as local holidays - many of which have been influenced by local history and traditions – and the more well-known national religious and other holidays. For example, in our local town you might get a postal delivery service on some public holidays but the Post Office itself is shut! Having such a range of holiday dates does allow us a range of shopping and leisure facilities in towns which are not on holiday at the same time but does cause a bit of a headache for employers!

There is no legal right to take public holidays; there is a legal right to paid holidays as defined in the Working Time Regulations (WTR) which initially was four weeks when first introduced in 1998. This was latterly increased (under Regulation 13) to 5.6 weeks to encompass the normal number (8) of public holidays recognised in England & Wales. There was no entitlement to stated public holidays on certain designated days. Of course this also does not reflect the actual number recognised in Scotland – perhaps this will be something for the Scottish Government to consider either before or after the referendum vote to be taken on 18th September.

In each employee’s statement of employment particulars there should be a section detailing precisely what their rights are with regard to holiday and holiday pay (including bank and public holidays) and this should include sufficient information to enable the person to know how their holiday pay is calculated. It should also detail any specific issues regarding when leave should be taken, eg public holidays recognised, as part of the organisation’s approach to taking holidays. Part time workers are entitled to the same amount of holiday on a pro rata basis.

I think there aren’t enough holidays in the UK and perhaps we could take a leaf out of Europe’s book and increase our entitlement – the public holidays range from 9-13 in Germany, 11 in France, 12 in Belgium and 14 in Spain. I think we should aim for at least one a month – don’t you?!