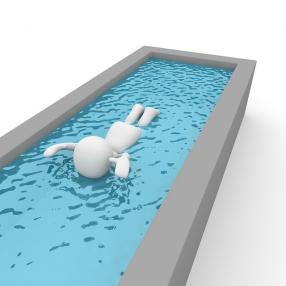 Making the news for all the wrong reasons recently has been Olympian swimmer Ryan Lochte who, with his three fellow swimmers, made spurious claims about being robbed at gunpoint in Rio which has had such a drastic impact on his career.  At 32 years old he can pretty much kiss goodbye to his swimming career having lost over $50,000 a year sponsorship from Speedo alone.  This made me think about many other public, and not-so-public, falls from grace which have had an impact on an individual’s career or employment relationship.

Well we can turn to employment law to help us out with this and we can turn to the gold standard of good practice contained in the ACAS Code of Practice on Discipline and Grievance as well.

Firstly, in terms of employment law, it is important for employers to set out in their terms and conditions of employment – whether it be by policy, contract of employment and/or staff handbook- clear standards and expectations of employee conduct and this can include conduct outside the workplace.  It is important that employees are aware that their conduct outside work can have an impact on their ability to continue in the job for which they’re employed.  For example, if an employee is charged with a serious criminal offence this may well impact on their ability to carry out their job role particularly if the criminal charge directly affects their role.   Examples of this might be an employee being charged with dealing with Class A drugs when their role has a high degree of trust and integrity such as when working with vulnerable groups or large contracts, an employee being charged with downloading/copying extreme pornography if their job role entails working with children; if an employee is charged with assault this may impact on their role in front line customer service; if charged with theft or fraud this may impact on their ability to handle cash.  In all such circumstances, the employer should still carry out a reasonable investigation to ascertain the facts as far as possible about the actual situation and consider the impact that the matter has on the job role the individual is employed to do.  ACAS advice is that when such conduct requires prompt attention the employer need not await the outcome of the prosecution before taking fair and reasonable action.  A formal disciplinary hearing should be arranged, following the ACAS Code of Practice, inviting the employee to the hearing; ensuring the employee is clear of the allegation being made against them and the evidence available to support it; ensuring they are offered the opportunity to be accompanied; and giving them the opportunity to give their version of events at the formal hearing.  When considering the impact on the role of the individual an employer can also consider the potential impact on the business and its reputation which may well be appropriate in the circumstances.  Legal advice should be sought.

In terms of the impact this has on colleagues – like any other employment issue, it has to be dealt with extremely sensitively and confidentially.  An agreed statement can be used to inform colleagues of their fellow colleague’s initial absence which, in my experience, will almost invariably be either on the basis of a precautionary suspension from work or because of sickness absence due to stress/anxiety.  It is important to stress confidentiality must be observed by all concerned in the investigation and formal hearing.  If a decision is taken to terminate the employment of the employee, then another agreed statement should be made to colleagues.

It remains to be seen as to what the future holds for Ryan Lochte.  But in the workplace, if you, or any other employer/manager you know, is facing a similar situation, then ensure you seek specific employment law advice when handling such situations which are complex and sensitive.  Contact me for confidential and free advice in the first instance.