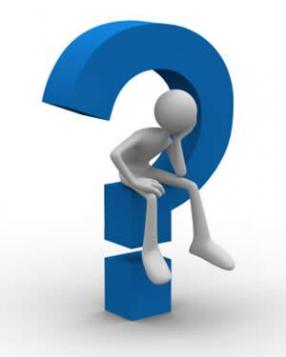 We had an informal look at some employment law conundrums at a recent Cupar Business Network meeting and I thought it would be helpful to share these with you.

I used the idea of a quiz as a starting point for a bit of fun and also to get people thinking about their own knowledge of some of the trickier HR issues some of which have been reported in the press recently.

The questions (and answers) were as follows:

1. Easter is traditionally a time for enjoying a wee bit of an Easter Holiday. This year things have been made more awkward by the Easter holiday weekend covering both March and April. Why might this cause difficulties in the workplace regarding holiday entitlement?

For companies whose holiday year runs from 1 April to 31 March, and whose employees enjoy holiday entitlement of 20 days holiday plus bank holidays, this year, and next, have messed up holiday entitlements because of the date on which Easter falls.

As you will know, the date of Easter moves each year. This year Easter fell on 25 March and Easter Monday fell on 28 March. Next year Good Friday is on 14 April and Easter Monday falls on 17 April which means essentially that neither of these Easter bank holidays fall in the holiday year 1 April 2016 to 31 March 2017.

2. Yum Yum! Who can resist Easter egg? However, GB is officially the fattest country in Europe and with 25% of the population likely to be obese by 2020 we have a serious problem on our hands. In terms of employment cases, is obesity regarded as a disability?

In a recent case in Northern Ireland (Bickerstaff v Butcher) a tribunal applied a recent European Court of Justice decision and declared that obesity can, by itself, amount to a disability. Mr Bickerstaff brought a claim for disability harassment stating that he had been subjected to various comments about his weight including such comments like “he was so fat he could hardly walk” and being referred to as a “fat bastard” and that “he was so fat he would hardly feel a knife being stuck in to him”.

In order to determine whether his claim for disability harassment was valid the
Tribunal had to consider whether his obesity could amount to a disability. He had a Body Mass Index of 48.5 and he had a number of medical conditions including gout, sleep apnoea and frequent tiredness and loss of concentration. A medical report claimed that his mobility was also substantially affected by his obesity. Ultimately the Tribunal determined that Mr Bickerstaff’s obesity did amount to a disability and the claim was upheld.

3. Mental health in the workplace – and for all of us – is less of a taboo subject than it was and yet the CIPD annual report on sickness absence details mental illness as one of the top 5 reasons for absence from work. MIND, the mental health charity, recommend some top tips to help stay healthy in mind, body and soul. Can you name 3 things that they might recommend?

4. What is the recently introduced rate of the National Living Wage? Who does it apply to? And how much over the National Minimum Wage is it?

5. England’s Prop Joe Marler faces a World Rugby disciplinary hearing today for making a racist comment during England's Six Nations win over Wales in March. He called Samson Lee “Gypsy boy”. In the workplace is this racist? And what is the potential outcome for an employee saying this?

Gypsy boy would be regarded as a racist comment in the workplace as gypsy travellers are regarded as an ethnic group under the Equality Act 2010.

6. Under the Smoking, Health and Social Care (Scotland) Act 2005 a smoking ban was introduced in all workplaces in Scotland in 2006 making it unlawful to smoke in business premises. Does this apply to electronic cigarettes?

The legislation, introduced on the 1st July 2007, now makes it illegal to smoke in all public enclosed or substantially enclosed area and workplaces. It includes smoking on vehicles which serve the public and / or are used for work purposes. Under the legislation in place work smoking rooms and areas are no longer permitted. All smokers must take their smoke breaks outside.

The owners / managers of any premises have to take reasonable steps to ensure that all staff and/or visitors are aware of the ban and to uphold the ban. Smokers looking for an appropriate place to smoke may check the no smoking signs in and around premises to easily see which areas are restricted or ask a staff member.

It doesn’t apply to e-cigarettes - because they contain no tobacco they fall outside the scope of the smoke free legislation which defines smoking as "smoking tobacco or anything which contains tobacco, or smoking any other substance".

7. How much will it cost you in total to take a claim for unfair dismissal to an Employment tribunal?