Back to Blog
Reputation: it takes a long time to nurture; but can be lost in an instant
26 May 2014 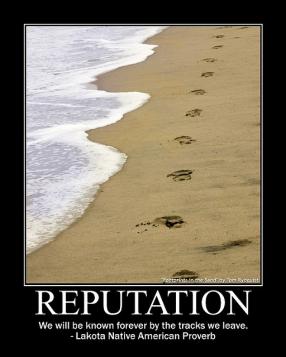 The last few weeks of news have been filled with various people falling a long way from grace just by something that they have said or something being attributed to them as having said/done it.  Whether you are a business owner, an employer, an employee or a customer there are lessons for us to learn from these incidents.

I think it all began with Jeremy Clarkson’s un-broadcast comment where he used the “n” word - an extremely offensive term probably only used in rap songs now.  Almost regardless of whether or not it was actually said, the big man did ultimately make an apology but only after a fair amount of pressure from the media. Interestingly, his employer, the BBC, chose not to take any formal action regarding this despite many calling for his resignation.

Last week however a BBC Radio Devon DJ, David Lowe, offered to “fall on his sword” rather than be sacked after he innocently played a 1932 version of “the sun has got its hat on” which had the “n” word in it, not being aware the song contained the word.  He had been a broadcaster for 32 years and, despite offering an on-air apology, he was asked to leave after the BBC received just one complaint.  The BBC have admitted that he was probably treated rather badly for someone who has been at the BBC for a long time but it is certainly very unfortunate for his listeners who clearly loved his show. When compared to the action in the above case concerning Clarkson this highlights the lack of consistency and agreed standards across the organisation which makes the BBC look hypocritical.

In the US, a dramatic approach has been taken to handle a case concerning Donald Sterling, the owner of professional basketball team, the LA Clippers.   Sterling told his girlfriend not to associate herself with minorities and not to bring black people to his games which led to widespread criticism.  The National Basketball Association (NBA) took this extremely seriously and, taken with other allegations about his behaviour, gave Sterling a life time ban on any association with the LA Clippers or the NBA; he cannot attend any NBA game, and may not be present at any LA Clippers facility; nor have any decision making with the team.  In addition he received a $2.5 million fine- the maximum amount under the NBA constitution.

Compare this to the UK’s approach which has seen recent sporting news being dominated by the behavior of Richard Scudamore, the Chief Executive of the Premier League, who made some sexually explicit comments within private emails which were seen by a temporary PA working in his office.  The PA reported the emails as being inappropriate and offensive and the whole situation caused a huge amount of media attention; not to mention the amount of scrutiny this must have caused both within the Premier League and the FA.

Scudamore claimed they had been sent privately and denied sending the emails from a Premier League email address; there is no firm confirmation that the emails were verified.  Instead the Premier League’s audit and remuneration committee carried out an investigation – which included asking all the 14 premier league clubs if they were happy with Richard Scudamore as CE – which concluded that no further action needed to be taken.    Heather Rabbatts, a female Director of the Football Association, has been open with her comments about the Premier League still being “a closed culture of sexism” and from the lack of action taken regarding these emails, such a statement looks very accurate; after all actions speak so much louder than words don’t they?

Using offensive, intimidating, explicit language which has the purpose of violating a person’s dignity or creating an intimidating, hostile, humiliating, or offensive working environment for that person on grounds of race or sex, amongst others, is regarded as harassment under the Equality Act 2010 and is unlawful.  Employers should therefore take action to ensure this doesn’t happen but, if and when it does, should thoroughly investigate complaints, consider the context of the behaviour and the people involved, as well as their reputation and past behaviours and the reputation on the business before taking measured, consistent and appropriate action.  It should not be done as a knee jerk reaction but should be appropriate in the circumstances.

Donald Sterling and Richard Scudamore must have lost their senses by acting in this way – even privately – when they are clearly experienced, respected individuals with a long history in their sporting field.  This is the point: in business and in private we should never lose sight of who we are ultimately accountable to for our actions or lose our sense of proportion regarding what is right.  The lessons for us to learn are obviously to think very carefully before we commit words to paper – electronically or digitally via social media– as well as verbally.  If we wouldn’t say it in front of our loved ones - or we wouldn’t want someone to say it of them - then does it need to be said at all?